According to data from Pitchbook, all-women teams in the U.S. received just $1.9 billion of the $85 billion total invested by venture capitalists last year, which is equal to about 2.2 percent of the total pot. Additionally, the average deal size for a woman-led company in 2017 was just over $5 million. For a male-led company, that number is a little less than $12 million.

At CTA we firmly hold that we are in a race for talent. It is imperative that we take full advantage of the diverse talent the U.S. has to offer to compete and the most successful and innovative companies will be those led by diverse teams.

It's as critical that we don't miss out on the innovation the next unicorn startup has to offer because they lacked investment. Women and diverse founders do not attract the same level of venture funding as other founders. That's why CTA is investing up to $10 million into venture firms and funds focused on funding underrepresented founders, women-led startups, and diverse leadership teams. 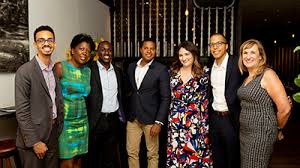 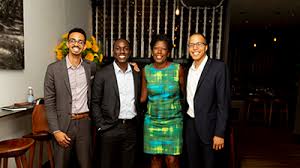 For the technology industry to continue to evolve and grow, there needs to be equal access to venture funding for women-led and women-founded startups. CTA is committed to finding solutions through education, investment, membership and leading by example.

Plum Alley invests in advanced technology and healthcare companies that will improve our lives and the planet.

MaC Venture Capital is a seed stage VC firm that invests in talented and uniquely qualified entrepreneurs to create the next generation of technology and consumer products.

Harlem Capital Partners is a New York-based minority-owned early-stage venture capital firm with a mission to change the face of entrepreneurship by investing in 1,000 diverse founders over the next 20 years.

SoGal Ventures is the first female-led, millennial venture capital firm and invests in early stage diverse founding teams in the U.S. and Asia.

Venture firms and funds that invest in women and diverse founders are encouraged to complete the online questionnaire below.  Applications are accepted on a rolling basis.