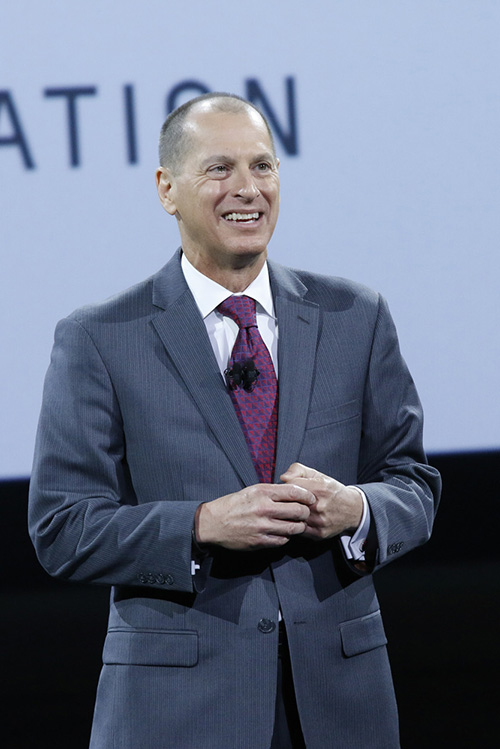 Gary Shapiro is an acclaimed author, lobbyist, and president and CEO of the Consumer Technology Association (CTA)® which represents over 1,500 consumer technology companies and owns and produces the Consumer Electronics Show (CES)® — The Global Stage for Innovation.  He has authored more than 800 opinion pieces highlighting the importance of innovation in the U.S. economy.

Gary Shapiro is an acclaimed author, lobbyist, and president and CEO of the Consumer Technology Association (CTA)® which represents over 1,500 consumer technology companies and owns and produces the Consumer Electronics Show (CES)® — The Global Stage for Innovation.

A Georgetown Law graduate, Shapiro began his career as an associate at the Squire Sanders law firm. After an extended tenure in law, he began working on Capitol Hill as an assistant to a prominent member of the U.S. Congress. Later in his life, Gary would use this combined law and legal experience to be named one of The Hill’s top lobbyists numerous times throughout his career (2015-2021). As his experience in law and politics progressed, he became more aligned with the world of technology, which eventually brought him into the fold of the Consumer Technology Association in 1982.

Taking the role of President and CEO, Shapiro evolved the idea of the workplace over his 40-year long tenure leading the organization. Directing a staff of 150 employees alongside thousands of industry volunteers, he built a forward-thinking successful business focused on the further development and integration of technology in all industries of the world. Under his leadership CTA has won numerous awards for its healthy workplace, family friendly employment practices, and environmentally friendly exhibition practices. In 2019, CTA earned its sixth consecutive selection as a Washington Post Top Workplace.

Shapiro is a New York Times bestselling author, whose books include “Ninja Future: Secrets to Success in the New World of Innovation” (HarperCollins, 2019), “Ninja Innovation: The Ten Killer Strategies of the World’s Most Successful Businesses” (HarperCollins, 2013) and “The Comeback: How Innovation will Restore the American Dream” (Beaufort, 2011). Through these books, numerous television appearances, and as a columnist whose more than 1,200 opinion pieces have appeared in publications such as The Wall Street Journal, The New York Times and The Washington Post, Shapiro has helped direct policymakers and business leaders on the importance of innovation and technology in the U.S. economy.

Shapiro consistently stays active in policy, thought leadership, government, and community development alongside his position at CTA. He currently sits on the Northern Virginia Technology Council, CEO Update Roundtable, Council of Manufacturing Associations Board, and more. A subject of regular praise, Shapiro was once called a “mastermind” for his initiative in helping to create the Industry Cooperative for Ozone Layer Protection. His mind for an evolving workplace and consumer while staying environmentally conscious has paved a roadmap for bipartisan law and policy makers to follow in making a more innovative world.

Gary Shapiro is happily married and lives in Michigan.

Prepare for the Recession

Why Macron Must Win This Weekend

Who Is Willing to Stop Putin?

Can Technology Improve our Mental Health?

Why the SOTU was a missed opportunity

What Larry Fink Got Right About Leadership, Purpose & American Innovation

Tech is Making our World Healthier, Safer and More Accessible

To Fix the Problem of Bare Shelves, Fix American Ports

Innovation is More critical than Ever: Why CES 2022 is Still On

Tech Will Be the Engine of Our Economic Recovery. New Data About Consumer Demand Shows Why

Workers, inflation, tech and three uncomfortable truths about our economy

Career Curveballs: How Getting Fired for Alcohol Changed My Life

My First Job: Whatever I Could Get and What it Taught Me

How industry alignment and best practices can improve patient care

What piece of President Biden's sweeping infrastructure bill will have the biggest effect on tech's private sector?

The Solution to Greater Mobility and a Public Health Crisis: Self-Driving Vehicles

How the New Administration Can Regulate Tech and Compete With China

What does a Biden presidency mean for tech?

Competition for Bandwidth During COVID-19 is Crushing America. 5G Can Help.

Are Your Employees Still Remote This Summer? Here’s How To Support Them

The Ninja Future of the Second Stage COVID-19 World

Let the robots do their part

In coronavirus crisis it's time to back off big tech: Consumer Technology Association CEO

How the Tech Sector is Fighting the Pandemic

How telehealth will help us fight COVID-19

How the Coronavirus is Teaching Us to Balance Privacy and Safety

COVID-19 Is an Opportunity to Step Up in Our Communities

How innovation is helping mitigate the coronavirus threat

A Checklist for Congress and the President in a Divided America

The Rewards of Risk: Advice from the CES 2020 Show Floor