Doubling Down on Esports

Activision Blizzard continues to invest heavily in its esports division, taking a page from traditional sports leagues by connecting its bestselling game brands like Call of Duty and Overwatch with cities like London, Paris, Toronto and Seattle.

The recent Overwatch League 2019 Grand Finals, held at the Wells Fargo Center in Philadelphia, crowned the San Francisco Shock champions with $1.1 million. The tournament attracted 1.12 million viewers per minute across multiple global platforms including Twitch and ABC Network in the U.S. That marked a 16% increase over viewership of last year’s inaugural Grand Finals.

The league averaged 313,000 viewers weekly in the coveted 18-34 age demographic, which was up 11% over 2018. In addition to garnering more viewers week to week than traditional sports organizations like Major League Soccer and Major League Baseball, this audience growth was the only increase in all the major sports leagues in 2019.

Along with playing both home and away games, each team in the league will host two Home Series weekend events in their respective markets: one in a spring split and a second during a summer split. Multiple pro teams will compete on Sony PlayStation 4’s at each Home Series event, giving fans a range of must-see competition throughout the weekend. In between the spring and summer splits, the league will host a special Call of Duty League Midseason Weekend event where all 12 teams will be featured in special all-pro tournaments.

“We have a great advantage with having Overwatch League within our Activision Blizzard Esports family and have learned a great deal from their experiences,” said Johanna Faries, Call of Duty League commissioner. “In addition, we are bringing in entirely fresh elements that are specific to the global entertainment juggernaut that is Call of Duty.”

Activision has been growing its global Call of Duty (COD) footprint with CWL over the past few years. The game maker has worked with consumer technology companies like Astro Gaming, Asus, Mountain Dew Amp, Scuf Gaming, Sony, TCL and T-Mobile as sponsors for the league.

Faries said the possibilities for consumer electronic companies to get involved in what Activision Blizzard Esports is building are truly endless.

“We are a technology-driven experience, and our players and fans are digital natives who expect and deserve innovation across the board. Call of Duty League exists to ‘deliver the unexpected,’ and that brand purpose includes delivering best-in-class technology and innovation experiences as often as possible,” added Faries.

This year’s CWL Finals took place at the UCLA Pauley Pavilion in Los Angeles. The nine-hour broadcast was watched for 716,000 hours on Twitch with a peak of 117,453 viewers. The championship awarded $6 million in prize money and saw eUnited defeat 100 Thieves in the Grand Finals.

The one element that separates COD from other esports titles like Overwatch, League of Legends, Counter-Strike: Global Offensive and Dota 2 is that the game completely changes every year. While other esports will update and tweak the existing game clients, COD competitors play the latest annual version of the game, even when it’s brand new. The new league will be playing Call of Duty: Modern Warfare, launched on October 25, 2019.

“After returning from the first owners’ meetings I was blown away by the plans Activision has for Call of Duty,” said Amish Shah, founder of RekTGlobal, Inc., which owns the London Royal Ravens Call of Duty League franchise. “London is where the best crowds and tournaments have been for Call of Duty and we can’t wait to have our first home games in London in February and June 2020. The resources being thrown behind the game and league is mind-blowing and we are excited to be a part of it.”

Daniel Cherry, CMO of Activision Blizzard Esports, said these leagues give the company a platform to enhance and bring world class entertainment to the masses through live competitive entertainment and attract new fans.

“It’s tremendously helpful, especially as it relates to building teams, local fan bases, hosting events, sponsorships and all the models that drive traditional sports,” Cherry said. “I come from a traditional sports background myself, and we are customizing and applying learnings from traditional sports to esports, but also giving it its own unique spin, as competitive video games and their fans deserve it. There are similarities, but there is also a uniqueness that traditional sports marketers and operators can learn from as well,” said Johanna Faries, Commissioner of the Call of Duty League.

Coming from the NFL, Faries witnessed the power of giving fans a reason to cheer for their favorite cities through the sports and teams they love.

“Applying that formula here, coupled with tremendously experienced ownership groups who hail from esports, traditional sports, and entertainment more broadly, gives us a unique opportunity to do something groundbreaking in the industry,” added Faries.

This year is just the beginning for Call of Duty, as it follows Overwatch and other esports juggernauts into a future that will see professional gaming become more mainstream.

“It’s going to continue to grow,” said Cherry. “Our audience continues to grow, as does our viewership. Both leagues will be hosting live events all around the globe in 2020. There is no limit to what is possible with esports, I can’t wait to see how we continue to tweak and improve our models in the seasons to come.”

Over 100 million people downloaded Activision’s Call of Duty Mobile free-to-play game in the first week of its October 4 launch. Developed by TiMi Studios in partnership with Tencent, the first-person and third-person shooter was designed from the ground up for Android and iOS devices.

The game includes full head-to-head competitive multiplayer modes, as well as an original Battle Royale experience, including classic locations from Call of Duty.

COD obliterated launch numbers for some of the most popular franchises on mobile, including PlayerUnknown’s BattleGrounds (PUBG), which achieved 28 million downloads within the first week of launch, and Fortnite, which had 22 million downloads on iOS only.

Esports by the Numbers

A major milestone was crossed in 2019 when for the first time, the global esports market exceeded the billion-dollar revenue mark. The $1.1 billion in revenues accounted for a year-on-year growth of 26.7%. Around 82% of the total market ($897.2 million), came from endemic and non-endemic brand investments like media rights, advertising and sponsorship. The highest-grossing individual esports revenue stream worldwide was sponsorship, generating $456.7 million last year. The fastest growing esports revenue stream by far is media rights, advertising and sponsorships, according to research from Newzoo.

“Esports’ impressive audience and viewership growth is a direct result of an engaging viewership experience untethered to traditional media,” said Newzoo CEO Peter Warman. “Plenty of leagues and tournaments now have huge audiences, so companies are positioning themselves to directly monetize these esports enthusiasts. While this began happening in 2018, the market is constantly expanding on its early learnings. The result: 2019 was the irst billion-dollar year for esports, a market that will continue to attract brands across all industries.”

According to Simon Kemp, CEO of Kepios and chief analyst at DataReportal, nearly one billion people globally are watching video game tournaments today. That’s twice the size of the global audience for Formula 1 racing, eight times larger than the TV audience for MLB’s World Series and 10 times bigger than the audience for Super Bowl LIII.

That viewership grew by nearly 50% between Q3 2018 and Q3 2019, with 22% of all internet users saying they had watched an esports tournament in recent months. Viewership grew by 60% in the younger 16-24-year-old demographic.

Fortnite remains king of the battle royale genre after two-and-a-half years of multiplayer competition. With over 250 million registered players across every imaginable device, Fortnite remains a key strategy for Epic Games, as well as a way to share some of the free-to-play game’s wealth with its community.

Over 40 million players participated in the game’s biggest event to date, the Fortnite World Cup in New York. The best Fortnite players in the world met July 26-28 to compete in the $30 million Fortnite World Cup Solo and Duos Finals, $3 million Creative Finals and $3 million Charity Pro-Am. This event was the culmination of 10 weeks of $1 million Online Open Qualifiers with more than 200 countries participating.

Over 19,000 fans attended the three-day Fortnite World Cup Finals in person at the sold-out Arthur Ashe Stadium. On Sunday during the Solo Finals, concurrent viewers peaked at over 2.3 million across YouTube and Twitch, making the Fortnite World Cup the most-watched competitive gaming event (excluding China) of all time. These numbers do not include fans watching in-game and on other streaming and social media platforms. That’s right: Epic allowed gamers to play Fortnite while watching the World Cup action picture-in-picture.

Epic gave away $100 million in prize money to its massive Fortnite community in 2019, and the game maker continues to refine its esports program with even more competitive options for 2020. 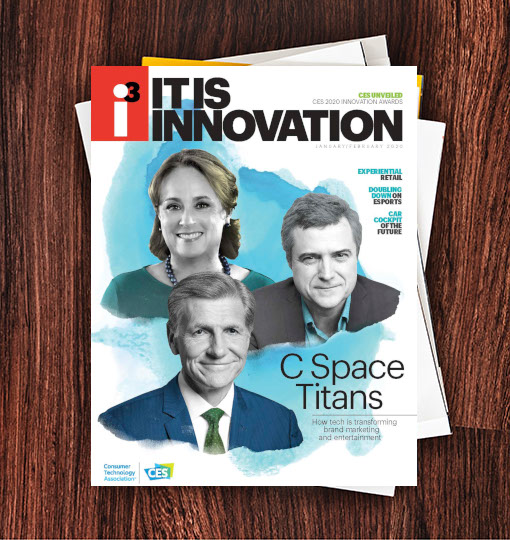